Best AI and ML Applications of the Week—February 15, 2018

How to Avoid a Global Catastrophe

A large asteroid is on a direct collision course with our planet. You’re a top researcher in the astrophysics field, and you’re being urgently asked how to deflect it . . . This sounds like a recurring nightmare for some top astrophysicists, and it’s a question people continue to research. One team recently developed a machine-learning algorithm, called the “Deflector Selector,” that’s been trained to recommend which asteroid-deflecting approaches researchers should pursue over others. It makes sense. With limited funds, scientists need to know which approaches are most promising so they can best allocate their resources. But what has this research found so far? Our best bet is to send up nuclear bombs. Nuclear weapons provide a 50 percent chance of survival, while two other approaches, kinetic impactors and gravity tractors, don’t offer as much protection. *Gulp.*

Velociraptors Can Open Doors. And Now, Dr. Grant, so Can Machines.

Boston Dynamics is at it again. With six million Youtube views (and rising) on a video the company just released Monday, the footage of a dog-like robot opening a door for another dog-like robot has terrified some people. They see it as another step toward robot overlords, comparing it to a robot in the TV show Black Mirror. If you haven’t seen this video yet, take a look below. Does it scare you?

On another note, others argue that the implications from this video of microrobots, which incidentally came out the same day, is much more terrifying.

One of the most eye-catching, and controversial, applications of the week came in a blaze of news glory: a UK-sponsored machine-learning algorithm can identify, and block (on any platform), the upload of ISIS extremist videos 94 percent of the time with 99.995 percent accuracy. This application flags suspicious videos for a human reviewer, who then makes the final video-removal call. This algorithm could be really helpful for smaller video platforms with less resources to police content uploaded to their servers. But some people are intensely concerned about the implications of state-required censorship, since the UK might mandate the use of this algorithm for all video and social media platforms.

Want to try a new hair color but don’t want to find out in an acutely painful way that it just doesn’t work for you? Take the guesswork out of this experience by trying a user-friendly app that realistically shows you what you’d look like with a new hair color. Save yourself some time, money, and potential frustration. Check the video out here: 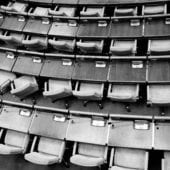 Best AI and ML Applications of the Week—February 22, 2018