How Data Is Eradicating Malaria in Zambia

According to the CDC, people have been writing descriptions of malaria—or a disease strikingly similar to it—for over 4,000 years. How is data helping Zambian officials eradicate these parasites? Tableau Foundation’s Neal Myrick opens the story to us.

Neal: “When somebody walks from their village to their clinic because they’re sick, health officials can see that person now as the canary in a coal mine.”

Ginette: “And you are listening to Data Crunch.”

Curtis: “A podcast about how data and prediction shape our world.”

Curtis: “This episode is brought to you by data.world, the social network for data people. Discover and share cool data, connect with interesting people, and work together to solve problems faster at data.world. Looking for a lightweight way to deliver a collection of tables in a machine-readable format? Now you can easily convert any tabular dataset into a Tabular Data Package on data.world. Just upload the file to your dataset, select ‘Tabular Data Package’ from the ‘Download’ drop-down, and now your data can be effortlessly loaded into analytics environments. Get full details at meta.data.world.”

Ginette: “Today we’re talking about something that can hijack different cells in your body for what we’ve deemed nefarious purposes. It enters your bloodstream when a mosquito transfers it from someone else who has it, to you. Once it’s in your body, it makes a B-line for your liver, and when safely inside your liver, it starts creating more of itself.

“Sometimes, this parasite stays dormant for a long time, but usually it only takes a few days for it to get to work. It starts replicating, and there are suddenly thousands of new babies that burst into your bloodstream from your liver. When this happens, you might get a fever because of this parasite surge. As these new baby parasites invade your bloodstream, they hunt down and hijack red blood cells. They use these blood cells to make more of themselves, and once they’ve used the red blood cells, they leave them for dead and spread out to find more. Every time a wave of new parasites leaves the cells, it spikes the number of parasites in your blood, which may cause you to have waves of fever since it happens every few days.

“This parasite can causes very dangerous side effects, even death. It can cause liver, spleen, or kidney failure, and it can also cause brain damage and a coma. To avoid detection, the parasites cause a sticky surface to develop on the red blood cell so the cell gets stuck in one spot so that it doesn’t head to the spleen where it’d probably get cleaned out. When the cells stick like this, they can clog small blood vessels, which are important passageways in your body. You may have guessed it, we’re describing malaria.

“It plagues little children, pregnant women, and other vulnerable people. Children in particular are incredibly vulnerable, something that’s reflected in the statistics: one child dies every two minutes from malaria.

“But often outbreaks are treatable, trackable, and preventable when the data is properly captured and analyzed. The United States eradicated malaria in the 1950s. But it still plagues other areas of the world, especially sub Saharan Africa. In 2015, 92 percent of all deaths related to malaria worldwide are in sub saharan Africa.

“Today, we’re talking to the man who authorized a partnership aimed at eradicating malaria in one country that’s suffered heavily from it. The results, which we’ll get to, are impressive.”

Neal: “My name is Neal Myrick. I’m the director of social impact at Tableau Software and the director of Tableau Foundation. We founded the foundation in May of 2014, and we founded it with the mission to encourage the use of facts and analytical reasoning to solve the world’s problems.”

Curtis: “For a little context here before we move on, Tableau Software is a pretty big deal. It led the charge in the early days when data visualization was becoming popular and is recognized as one of the top, if not the top, leading company in the space. In fact, according Gartner, the research firm, it’s been the lead in this space for the past five years. It has one of the largest and most active user communities of any software company, and on a personal note, I actually really love the software. I’ve been using it for years; it’s shaped my entire career.”

Ginette: “Back to Neal. Shortly after Tableau founded the Tableau Foundation, he met with someone who had a very ambitious vision.”

Neal: “We were sitting outside at Milstead coffee, which is one of my favorite coffee shops, and the woman from Path I was meeting with leaned over the table and asked me a question, and she asked, ‘how would you like to help us eliminate malaria in Zambia?’ And it’s quite the question to get when you’re a month old as a foundation, but that was very intriguing to us.”

Curtis: “Path is an innovative global health organization that works in 70 different countries and has been around 40 years.”

Neal: “I met with them and had a discussion with how they would like to use data to really improve some of their outcomes, and they just wanted to use data better.”

Ginette: “So what exactly did the Tableau Foundation do for Path and ultimately the government of Zambia to develop this data product?”

Neal: “Initially we provided a grant of software, services, support, and training, so essentially, we were building Path’s capacity to use data, and then they were in turn building the Zambian Ministry of Health’s capacity to use data more effectively, and that work started in 2015. We realized early on that we needed more support for the project than we could provide just from Tableau, so we reached out to a select group of Tableau customers and partners that we call Tableau Zen masters, and it’s an elite group of people who are Tableau champions, and they engaged and started providing some pro-bono support to the project, helping find data, structure data, build visualizations. And the goal really was to provide data and information to people at all levels of the Zambian ministry of health, so everybody from community health worker in a clinic all the way up to national health officials and others. We really wanted to provide up-to-date information in a visual way to help them understand what was happening with malaria so that they could make effective decisions for how to get in front of it and potentially eliminate it.”

Curtis: “How Path and the Tableau Foundation actually built this data product starts with them looking at the data collection process and understanding how this data had historically been collected so that they could understand the data set. When developing a data product, you really have to understand the context of the data to produce a high-quality product. And that’s exactly what Neal and his team did.”

Neal: “The previous state was the data were collected on paper, then they were hand-typed into Excel or Access, and then they sort of made their way into various systems into DHIS2 . . . in which case then they were reported on at the province level.

“So it was a pretty long process for the data to be collected and ultimately get into some kind of a system where they could be analyzed.”

“So once they understood the current data collection process and its history, they created a game plan: they wanted more detailed data that clinic directors could use to see just the number of cases in the clinic’s areas. Unfortunately, as Neal just mentioned, the data wasn’t detailed enough since it was being reported on a provincial level, so they had to create the data to solve the problem because it didn’t initially exist.”

Neal: “So what we wanted to do is to go in and democratize the data, and what that means is we wanted to disaggregate it to some degree. We wanted the clinic directors, for example to be able to see cases just in their clinic and manage those over time, versus just seeing numbers for the province, and also streamline the data collection process so the way that was streamlined is the data now were collected on paper, and then once a week they’re entered into a mobile device and then put into DHIS2, and that streamlined the process quite a bit.

“The challenge with malaria when trying to eliminate it is that 80 percent of the people who carry the parasites in their blood are asymptomatic; they’re not sick, and so when trying to eliminate malaria, you’re fighting an invisible disease, but knowing that—and this is where data comes into play—knowing that, when somebody walks from their a village to their clinic because they’re sick, health officials can see that person now as a canary in a coal mine, because if that person is sick, then in all likelihood, back in their village, there are people carrying the parasite and don’t know it, so Zambia took a risk, and they equipped about 1,200 communities health workers with the ability to do diagnostics, so when somebody walks to a clinic because they’re sick, the community health workers are then sent back to that person’s village. They do the diagnostic tests, and they find and they treat everyone who has the parasite whether they’re sick or not, and that kills it within that village, and so you don’t have the incidents now that the mosquito is carrying it from person to person. Every time the community health worker goes back to the villages, they do the diagnostics, they administer the medicine. They can also assess for things like bed nets and other preventative measures, and every action they take creates data, and those data are collected, and then that lets health officials understand the status of the parasite in all the different locations.”

Curtis: “So to create this data set, the Zambia government had to get diagnostic equipment into the hands of the clinic workers, and then it had to standardize how these workers would run tests, indicators they would check for such as bed nets in the community, and they had to standardize how the workers would send data back to the main servers to be collected and analyzed. Now this is often a very complex part of creating a data product that’s often overlooked—it’s not always about a fancy, complicated algorithm; it’s more often about setting up carefully thought out processes for collect the right data. More on this later.”

Ginette: “Another thing to keep in mind here is that you have to work with the limitations of your users. For instance, as Neal mentioned before, if a cell phone is something that every clinic has access to and it’ll speed up the data-collection process and it’s low-cost, it’ll be easier to implement that process than other options that may be more technically advanced.” 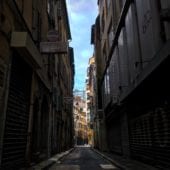 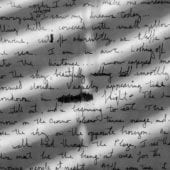